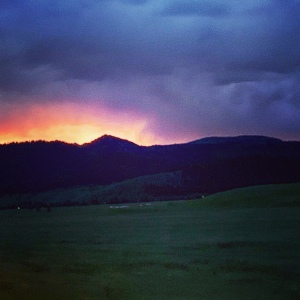 I remember years ago President Ronald Reagan was diagnosed with Alzheimer’s. He bravely told the world and by doing so, drew this dreaded disease out of the shadows and into the collective global discussion. A perfect example where God took an awful thing in his life and used it for good in others. The awareness and medical research for the disease escalated substantially. President Reagan held on for a very long time living in a state of wait, eventually succumbing to the longest goodbye.

In the interim, this dear man, like many other dementia and Alzheimer’s patients, lived in the between world. Neither there but not here as those around him struggled with the emotional and mental loss of their loved one as well as experiencing the anguish of his “half life.”

I get it. I really do. As it is I who wait, watching over the first man in my life – a proud man. A loud man and sometimes a difficult man. We travelled some twisted roads, he and I. But still. He is my father. The one God chose for me. The one who by his very fiery nature forged me into the person I am.

My father’s half life is ebbing into silence, and his mind holds on whilst the disease ravages what’s left of him. He is still so strong when he grips your hand, but that is all we have now. Those occasional lucid moments gone, just the physical manifestation of his vice grip.

When it happens, I wonder if he is trying to tell me something. Is he anxious to speak (which he cannot) or is he saying daughter, let me go?

We have had some sweet sweet moments over the past month. He was still “verbal” for awhile, and he would delight to my singing to him and try to join in the words of the “donkey song” we sang when I was a wee one. I read to him, hunting and fishing stories, blogs I have written about Wild Things, My Father’s Hands and our beloved Chincoteague summers. We would “talk” about his farm, his animals and recall the big things and little he did as a father with his child. Well I remember the day I brought him a picture of him in formal dress standing beside my mother, his grip tightly on her arm. His blue green eyes opened wide as agitated hands grasped for it with the delight of a child. Smiling a toothless-bearded grin, I saw the memory in his eyes; when he was that man, proudly holding his woman.

These were the last true moments we had before the next insult occurred, before he slipped softly into a shadow world of alive in body but not there in mind.

Now I just sit beside his bed and watch. He might permit me to rub his arms or legs or lay my hand on his chest. I still sing. But softer now. Swing low, sweet chariot was always a fav of this Georgia boy. I read him Thomas Dylan and the book of Psalms. He likes the book of Isaiah and a few scriptures from John. On my sister’s request we read 1 Corinthians 13 a few days ago. His eyebrows went up as he listened about what love truly is.

It is in these moments, these gifts that I have found my heart not breaking, but full of thankfulness. Why? Because life with this man could be tough – and it seems to me that his lingering is giving us all time to let the past life go and just see and feel what Apostle Paul reminds us. Love is patient. Love is kind. Love is gentle. It does not rejoice in wrongs. It does not hold a record of the past…

These days my father seems to be at peace. No more agitation. Just quiet and restful sleep. I am convinced that this stop in time is God’s gift to him as he and his Saviour discuss a few things in spirit… working out the rough spots between them and allowing my dad to talk it out with Him.

My mother told my brother and me she thought she saw Jesus standing next to Dad’s bed a couple of nights ago. Who knows, but I am willing to believe it – after all, Jesus will come when He is earnestly called- and no one loves this son more than His Heavenly Father.

My father is like a babe now… in a deep soul slumber…the occasional soft kerfuffle escapes with his sighs. I have decided he is gathering strength for his next journey. And so the last thing I know he understood from me was a whisper in his ear, “I love you dad. You are my first love.”

He nodded and burbled and gave me a half smile. I kissed his forehead and with his grip on my hand more gentle, I said, “Dad, go softly into that good night. The raging is over. You have won your race, just wait for me at the finish line.“

3 thoughts on “My Father’s Half Life”